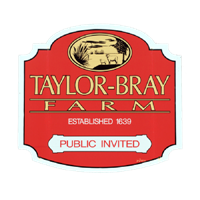 Connecting to an Ancient Past

As the glacial ice sheet retreated and sea levels began to rise, an inhospitable tundra environment was replaced by a landscape with animal and plant life that attracted the first Native peoples to southern New England 10,000 to 11,000 years ago. The Taylor-Bray Farm site was too cold and exposed to winter storms to make a good permanent village location, but it was a first rate spot for temporary fair weather encampments with a source of fresh water, fertile soil and easy access to fish & shellfish in the nearby marsh and bay.

Hidden beneath these pastures…

Native peoples were well familiar with this area that they called Hockanom, a name still in use today. Archaeological evidence collected over several seasons of fieldwork at the farm document a rich pre-colonial past ranging from 10,000 years ago to perhaps just before the Taylors settled on the land in the 1640s. Nomadic Paleoindian and Early Archaic hunters left behind evidence of a momentary presence in the form of ancient stone tools. Late Archaic peoples 3000 to 6000 years ago from two different cultural traditions used the land on a seasonal basis for hunting, fishing and gathering wild foodstuffs. And the discovery of pottery artifacts tells us that Native Americans were present at the farm during the Woodland Period 1100 years ago, a time when farming the land may also have begun.

A large dedicated group of volunteers contributed thousands of hours of labor to excavating test pits, screening dirt and carefully recording the results of our fieldwork. This outpouring of help made the Taylor-Bray effort one of the largest community archaeology projects in the state of Massachusetts.

Significant concentrations of fire-cracked rock (FCR) have also been identified. Fire-cracked rocks are cobble-sized stones which have been split by deliberate heating and are a feature of many archaeological sites indicating a prehistoric camp site with hearths for boiling water, cooking or processing foodstuffs collected in the wild.

The project’s professional archaeologists determine the approximate age of our discoveries using  a variety of methods including radiocarbon dating and a sophisticated lab process called optically-stimulated luminescence testing which produce date ranges that narrow down the time when pre-colonial events occurred at the farm. The fact that the types and styles of Native American tools changed over time also helps archaeologists date the age of stone artifacts.